Kevin Day (b. 1996)
​
Shimmering Sunshine is a composition that depicts the sun when it is positioned at high noon, its brightest point during the day. Throughout the piece there are different “shimmers” of bright light that bounce around from instrument to instrument, depicting moments of sunshine both beautiful and at the same time, powerful. Kevin Day is one of the leading young voices in the world of music composition. Kevin’s father was a prominent hip-hop producer in the late 1980s and his mother was a sought-after gospel singer. Day enjoys a successful career as a composer, conductor, producer, and multi-instrumentalist on tuba, euphonium, jazz piano and more, whose music often draws from jazz, minimalism, Latin music, fusion and contemporary classical idioms.

This work was written in 1946 at the request of Edwin Franko Goldman for his renowned Goldman Band and very successfully captures the spirit of popular music of that era, as well as dance forms and jazz and especially African-American spirituals. It is perhaps the earliest example of an original masterwork for band by an American composer and is one of the most beloved and most often performed of the wind band literature from the mid-twentieth century.

A Mother of a Revolution — Omar Thomas

Born to Guyanese parents in Brooklyn, New York, Omar Thomas received a Master of Music in Jazz Composition from the New England Conservatory of Music after studying Music Education at James Madison University. About A Mother of a Revolution, Omar Thomas writes:
This piece is a celebration of the bravery of trans women, and in particular, Marsha “Pay It No Mind” Johnson. Marsha is credited with being one of the instigators of the famous Stonewall uprising of June 28, 1969—one of the pivotal events of the LGBTQ liberation movement. The disco vibe in the latter half of the piece is meant to honor club culture, a sacred space amongst LGBTQ persons.
A Mother of a Revolution was commissioned by the Desert Winds Freedom Band, under the direction of Dean McDowell, to commemorate the 50th anniversary of the Stonewall uprising.

Gary Nash holds B.A. and D.M.A. degrees from Michigan State University and has written for orchestra, band and chamber ensembles. He is currently on the music faculty of Fisk University in Nashville, Tennessee. A Fraternal Prelude is a lyrical piece in which melodies with a popular flavor are developed through classical procedures. The melodies change mode, lengthen in augmentation and engage in call-and-response dialogue, while the overall melodic and rhythmic character suggest a ‘Motown’ style. Nash’s performing experience as a saxophonist is evident, as saxes are featured. A Fraternal Prelude is based on and inspired by the Kappa Kappa Psi National Fraternity Hymn, and was commissioned by the Morgan State University Band.

J.S. Bach composed the Fantasia and Fugue in C Minor for pipe organ in the 1720s. British composer Sir Edward Elgar arranged it for large orchestra 200 years later. In 2016, Ryan Nowlin took the orchestral arrangement as the starting point for his arrangement crafted specifically for “The President’s Own” United States Marine Band, where he serves as Assistant Director and staff arranger. In the fantasia Nowlin retains some of the signature sounds of Elgar's arrangement, but it is in the fugue especially that the colors of the wind ensemble are on full display. Elgar's celebrated arrangement can now be part of the wind ensemble repertoire, continuing the tradition of honoring Bach's work through wind ensemble transcriptions.

Cait Nishimura is a Canadian composer and music educator based in Toronto. She has written for many genres, but has recently risen to some prominence in the wind band world thanks to her win in the 2017 Canadian Band Association Composition Competition. The piece that won her this honor is Chasing Sunlight, and her program note describes it best:

Chasing Sunlight was inspired by the experience of driving west into the setting sun, as if trying to keep up with the earth’s rotation to catch the last few rays of light before dusk. The steady eighth note motif throughout the piece represents this sense of urgency, while the soaring, lyrical themes depict the warmth and radiance of the sun low in the sky. Just as the sun will always set, humans must accept the impermanence of all things in life, and make the most of every opportunity before it has passed. Chasing Sunlight also represents the ongoing pursuit of these opportunities.

Oscar Navarro began his musical studies in his hometown of Novelda (Alicante) in Spain, where he specialized in clarinet and graduated with honors from the Conservatorio Superior Oscar Espla. He later studied composition and conducting at the Allegro International Music Academy in Valencia and pursued advanced studies in Composition for Film and TV at the University of Southern California, working under the tutelage of professionals in the film industry. Since then he has achieved great success with his compositions for both orchestra and band and has won numerous national and international composition awards. All of his works are published by his own publishing company. He has achieved wide recognition in the band world, particularly in the United States.

Hispania is a Spanish fantasy for wind band dedicated to the Municipal Band of Alicante (Valencia, Spain) on its First Centenary (1913-2013) and is an homage to the great Spanish composers of the late nineteenth and twentieth centuries. Those composers nurtured the musical culture of Spain and took it beyond our borders. With this piece I wanted to give a wink to the nationalist compositional language of the late nineteenth and twentieth centuries, giving it a fresh touch without losing the traditional essence, and using traditional dances and rhythms of our folklore. — Oscar Navarro

Thanks also to the following institutional partners who have helped TWE in a variety of ways this year... 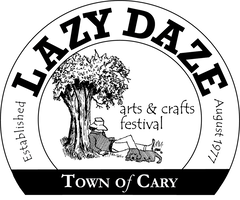