Olympic Fanfare and Theme is a piece written by John Williams for the 1984 Olympics in Los Angeles.

“The Olympic Games continue to fascinate and inspire each one of us -- with every presentation of the Games, we experience that complete dedication and unshakable will to persevere that typifies the goal of each competitor. The human spirit soars, and we strive for the best within us. These are the qualities that we seek to capture, describe and preserve through music, and it has been my great honor to contribute Olympic Fanfare and Theme to the 1984 Los Angeles Olympic Games. I dedicate it lovingly to all participating athletes, from whom we derive so much strength and inspiration.” — John Williams

West Side Story is a 1957 Broadway musical with music by Leonard Bernstein and lyrics by Stephen Sondheim.

​The story is set in the mid 1950s in the Upper West Side of New York City, then a multiracial, blue-collar neighborhood. The musical explores the rivalry between the Jets and the Sharks, two teenage street gangs of different ethnic backgrounds.
Duthoit's arrangement features the following songs from the musical:
Arranged by W. J. Duthoit.

'Baba Yetu' is a Swahili setting of The Lord's Prayer, originally commissioned as the theme song for the video game Civilization IV. Since its debut in 2005, it's become an immensely popular choral work and one of the most critically acclaimed pieces of music written for a video game, winning a Grammy Award in 2011 for Best Instrumental Arrangement Accompanying Vocalists

Hymn to the Fallen — John Williams

Hymn to the Fallen (1998) from the film Saving Private Ryan, is a memorial for all the soldiers who sacrificed themselves on the altar of freedom in the Normandy Invasion on June 6, 1944. Steven Spielberg comments on Williams’ film score:

"It’s a piece of music and a testament to John Williams’ sensitivity and brilliance that, in my opinion, will stand the test of time and honor forever the fallen of this war and possibly all wars. Saving Private Ryan possibly contains the least amount of score. Restraint was John Williams’ primary objective. He did not want to sentimentalize or create emotion from what already existed in raw form. Saving Private Ryan is furious and relentless, as are all wars. But where is music? It is exactly where John Williams intends for us, the chance to breathe and remember."
​
— Program Note from University of North Texas Wind Ensemble concert program, 1 December 2016

On this Memorial Day Weekend, TWE acknowledges the military services of the US and those who gave the ultimate sacrifice.
​
In order, you will hear the The Army Goes Rolling Along (Army), Anchors Aweigh (Navy), Marine's Hymn (Marines), Semper Paratus (Coast Guard), and The U.S. Air Force (Air Force). If you or a family member served in one of these branches, please stand when you hear your song.

The huapango is a lively Mexican dance of Spanish origin that is especially popular in the lands along the Gulf of Mexico. Performed by singers and instrumental ensembles ranging from a duo of guitars to a full mariachi band, it is characterized by a complex rhythmic structure mixing duple and triple meters which reflect the intricate steps of the dance. The huapango is danced by men and women as couples: the men sing, the women do not. Nicolas Slonimsky explained that the word huapango "is derived either from a native vocable meaning ‘on a wooden stand’ (the huapango is danced on a platform), or it may be a contraction of Huaxtecas de Pango. Huaxtecas means a tropical valley, and Pango is the ancient name of the river Panuco."

Moncayo’s Huapango of 1941, his first important work for orchestra, is based on three authentic folk dances: Siqui Siri, Balajú and El Gavilán. The piece is arranged in three sections, with fiery music at beginning and end recalling the manner of huapango singing in coplas (i.e., the song is shouted alternately between two men singers, here transmuted by Moncayo into a trombone—trumpet dialogue) surrounding a slower central portion based on a lyrical melody. Huapango is a brilliant study in orchestral sonority and vibrant dance rhythms about which the French composer Darius Milhaud once told José Antonio Alcaraz, "When in the grey light of a Parisian winter, I want there to be sun in my flat, I listen to a record of Huapango."
​
— Program Note by Richard Rodda

If you're enjoying the concert, please consider doing the following...

The 1976 feature film Midway chronicles the incredible Battle of Midway, which was a turning point in the Pacific during World War II. Until this critical stand and victory led by the U.S. Marines, the Imperial Japanese Navy had been undefeated in battle for nearly eighty years. The film highlighted the remarkable American strategy and success against all odds with an all-star cast including Charlton Heston, James Coburn, and Henry Fonda, who played the part of legendary Admiral Chester Nimitz. Several scenes in the film were shot using the USS Lexington, the last Essex-class aircraft carrier from World War II in service at the time of production. The movie also employed a special sound mix called Sensurround. This early technique of enveloping the audience in the sonic action of the movie was used in only four films of the era and required special speakers to be installed in theaters where they were shown. John Williams provided the dramatic and visceral musical score for the movie. Williams had recently won his first Academy Award for his score to Jaws in 1974 and was quickly becoming one of the most sought after composers in Hollywood at the time of Midway’s release. Right after his work on this film, he composed the now iconic music to the first installment of Star Wars. — Program note by the United States Marine Band

Someone to Watch Over Me — George & Ira Gershwin

Someone to Watch Over Me is a song composed by George Gershwin with lyrics by Ira Gershwin from the 1926 musical "Oh, Kay!", where it was introduced by Gertrude Lawrence. Gershwin originally approached the song as an uptempo jazz tune, but his brother Ira suggested that it might work much better as a ballad, and George ultimately agreed. It has been performed by numerous artists since its debut and is a jazz standard as well as a key work in the Great American Songbook. It is also referenced in the play Someone Who'll Watch Over Me.

Casey at the Bat is based on the well-known poem of the same title, first published in San Francisco during the late 1800s by Ernest L. Thayer. This musical version of the famous story was commissioned by the Dallas Symphony and was given its first performance by that ensemble in April, 2001, with Pat Sajak serving as narrator. The composer subsequently arranged the work for wind ensemble at the request of Col. Michael Colburn, director of the "President’s Own" Marine Band in Washington, DC.
​
— Program Note by publisher

This popular Star Wars series follows the exploits of a bounty hunter in the post-Return of the Jedi era and features a stunning soundtrack by Ludwig Göransson. Here is the iconic main theme in a dramatic and powerful setting for the concert stage.
​
— Program Note by publisher

Into the Woods — Stephen Sondheim

Julia Holoman, mezzo-soprano
​
Into the Woods, with music by Sondheim and book and lyrics by James Lapine, debuted on Broadway in 1987. It tells the story of a childless Baker and the Baker’s Wife, who are cursed by an evil Witch. Their adventures intersect several fairy tale stories by the Brothers Grimm, including Rapunzel, Cinderella, Little Red Riding Hood, and Jack and the Beanstalk. The original production won Tony Awards for Best Original Score, Best Book, and Best Actress in a Musical (Joanna Gleason). The musical has been revived several times around the world. In 2014, it was released as a movie by the Walt Disney company.

In our medley you will hear in order: Into the Woods, No One is Alone, I Know Things Now, Children Will Listen.

Iconic Japanese composer and arranger Naohiro Iwai has arranged over 5000 songs, both classical and popular. He arranged a series called “American Graphity” based on popular American tunes. TWE is playing his ‘American Graphity V’ tonight.

Included are “Johnnny Angel”, released in 1962 as a single by Shelly Fabares – it reached #1 on the Billboard Hot 100. Interestingly, Glen Campbell was a 25-year-old session guitarist on the recording!

You will also hear ‘By the Time I Get to Phoenix’ sung by Glen Campbell (1967) and written by Jimmy Webb. This tune reached #2 on the Billboard HOT country list.

‘Fly Me to the Moon’ was written in 1954 by Bart Howard and Frank Sinatra recorded it in 1964. This tune was beamed back to earth by the astronauts on Apollo 10 and Apollo 11 from an 8-track tape.

‘Bye Bye Birdie’ – This song is from a stage musical based on Elvis Presley’s draft and induction into the US Army.

John Philip Sousa actively composed over a span of nearly sixty years but it was during his time as leader of the Marine Band followed by the early years of his leadership of his civilian band that Sousa wrote some of his most famous marches, those that earned him the title “The March King.” His most famous composition was written during this time, conceived while he was abroad and the product of homesickness caused by his nearly constant travel. Since its premiere in Philadelphia on May 14, 1897, “The Stars and Stripes Forever” has secured its place as the most popular and widely recognized march of all time. It has captured the spirit of American patriotism perhaps better than any other composition for more than a century. Former Sousa Band members testified that, during the popularity of the Sousa Band, “The Stars and Stripes Forever” was performed on every concert. Audiences expected, and sometimes even demanded to hear the march and eventually began to stand upon recognizing its opening bars as if it were the national anthem. It didn’t succeed in becoming the national anthem but, in 1987, President Ronald Reagan signed an act of Congress designating “The Stars and Stripes Forever” the national march of the United States. — President’s Own program notes.

Julia Holoman (mezzo-soprano) is a rising junior and Kenan Music Scholar at UNC-Chapel Hill studying with Dr. Jeanne Fischer and pursing her Bachelor's of Music degree in classical voice performance. Over the past year Julia has performed the roles of Aminta in Mozart’s Il Re Pastore, L’enfant in Ravel’s L’enfant et les Sortilèges, and Mother in Meredith Monk's Atlas under the direction of Dr. Marc Callahan with UNC's Opera Workshop. She is looking forward to performing the roles of Dorothée in Massenet's Cendrillon later this summer at Miami Summer Music Festival and Nerone this fall in UNC's production of Monteverdi's L'incoronazione di Poppea.

Falcon Arendell is an amateur board game designer, and performer with the Venus Flytrap Comedy troupe.

​Thanks also to the following institutional partners who have helped TWE in a variety of ways this year... 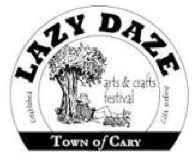 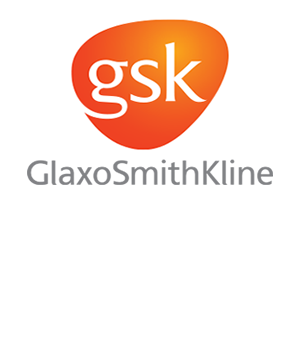